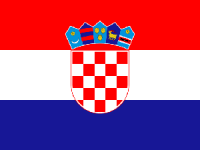 5 Places To Go In Croatia This Summer

Croatia is sited in Eastern Europe and maintains a long coastline along the Adriatic Sea. It covers over a thousand islands and is crossed by the Dinaric Alps. Its inland capital, Zagreb, is marked by its medieval Gornji Grad (Upper Town) and various museums. The country’s major coastal city Dubrovnik has massive 16th-century walls encircling an Old Town with Gothic […]