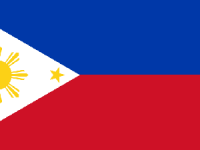 Kuwait has expressed strong disapproval regarding the conduct of Philippine Ambassador Renato Pedro Villa, charging “inflammatory comments,” and “inappropriate behavior.” This follows Philippine diplomatic staff, who were seen in a viral video rescuing an abused Filipino domestic worker. According to a press report, Kuwait served protest notes to Villa and summoned him. The report noted that a spokesperson for the […]