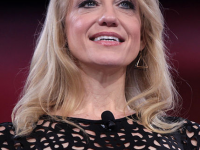 Kellyanne Elizabeth Conway, the 51-year-old current adviser to President Trump has joined the #Metoo movement in putting her hand up as a sexual assault victim. Before serving in the White House, Conway worked as an American pollster, political consultant, and a pundit on the media stump. Additionally, she was former Trump’s 2016 election campaign manager. In a recent interview on […]