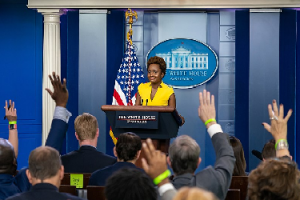 Karine Jean-Pierre held her first briefing as White House press secretary at the start of the week, observing that her ascension to the role of President Joe Biden’s chief spokesperson broke race and sexual orientation barriers. “I am obviously acutely aware that my presence at this podium represents a few firsts,” Jean-Pierre told reporters. “I am a Black gay immigrant […] 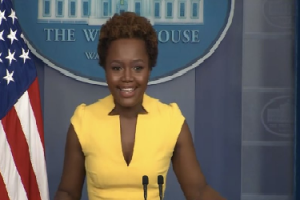 U.S. President Joe Biden has named Karine Jean-Pierre as his new top spokesperson – the first time a black or openly gay person has held the role. Ms. Jean-Pierre, who is 44, has served as the administration’s principal deputy press secretary since Mr. Biden was elected. She will replace outgoing press secretary Jen Psaki in the top role at the […]