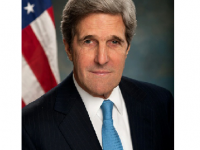 John Forbes Kerry is the 68th and current United States Secretary of State. Kerry ran as the candidate for the Democratic Party in the 2004 presidential election, losing to former President George W. Bush by a mere 35 electoral vote. He has served in the United States Senate and was chairman of the Senate Foreign Relations Committee. Moreover, his service […]