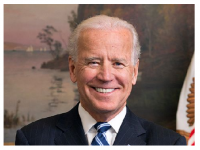 Joe Biden has formally earned the right to represent the Democratic Party to take on Donald Trump in November’s presidential election following his official his nomination. He said on Twitter’s post that he had secured the 1,991 delegates needed and would fight to “win the battle for the soul of the nation”. He had been the effective nominee since Bernie […]