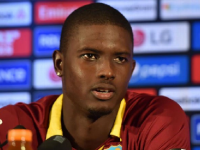 West Indies captain and all-rounder Jason Holder said images of the late South African freedom fighter Nelson Mandela, as well as his dead grandfather, flashed through his mind after he scored his maiden Test and first-class century against England in 2015. Since then, Holder has shown time and again that he is no slouch with the bat in hand. Today, […]