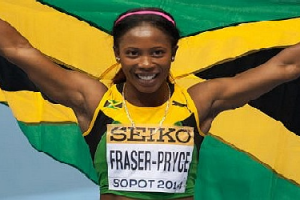 Jamaica’s Shelly-Ann Fraser-Pryce has called it quit on an outstanding 2022 season after suffering her first loss at the Diamond League series in Brussel, Belgium, on Friday. The Jamaican, who had won the event 9 times heading into Brussels, narrowly lost out to compatriot Shericka Jackson, who finished runner-up at the World Championships in Eugene, Oregon in July.  Following the […]