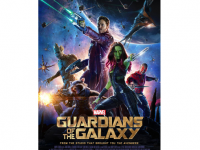 Guardians Of The Galaxy

Disney’s Guardians of the Galaxy was the top-grossing film of the weekend, beating out a trio of new releases—and in the process, becoming the No. 3 movie of the year and the highest earner of the summer with nearly $252 million. Guardians has earned nearly $500 million globally, and with upcoming releases in key territories including Japan and China, the […]