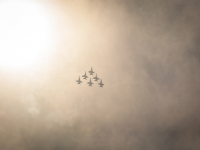 The U.S. has acted against China following their purchasing of Russian military jets and surface-to-air missiles. The U.S. has declared that the purchases contravene sanctions imposed on Moscow over its actions in Ukraine and alleged interference in U.S. politics. The Chinese military recently bought 10 Russian fighter jets and S-400 missiles. Beijing, however, was not involved in the sanctions imposed […]