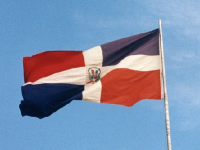 The Dominican Republic government has continued its rabid campaign against undocumented foreigners and in particular the Haitian people. During September, the government has expelled or refused entry to more than 9,000 people, mainly of Haitian origin.  In a report, Lieutenant General Máximo William Muñoz Delgado of the Directorate General of Migration (DGM) said that 9,332 foreigners were expelled or not […]