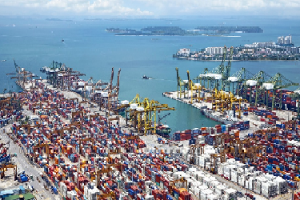 The U.S. trade deficit widened by almost 12% in March as the coronavirus pandemic takes a toll on the country’s exports and imports. Imports fell 6.2%, but U.S. exports sunk at an even deeper 9.6% to cause the trade gap to rise. It’s the highest monthly decline in exports ever recorded. The U.S. deficit rose to $44.4 billion in March […]

China has hit a hiccup in trade for the first time in three years. According to press reports,  the country reported its first monthly trade deficit in three years, after imports surged and a slowdown during the Lunar New Year holidays hit output. Higher commodity prices and domestic demand were credited with pushing February’s imports up 38.1% on a year […]