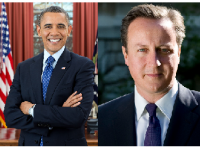 After vote in British Parliament In light of the vote in the British Parliament authorizing airstrikes against ISIL targets in Syria, President Obama spoke last week by phone with Prime Minister David Cameron of the United Kingdom to discuss the issue. President Obama welcomed the outcome of the vote and expressed his appreciation that British air forces have joined with […]