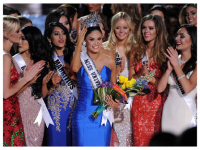 It would be comedy if not true. When Broderick Stephen “Steve” Harvey, former comedian now television host and radio personality, announced the name of the winner in the 2015 Miss Universe competition, it caught everyone off guard. This was an awkward moment for not only the host, Mr. Harvey, but also the contestants. The Colombian contestant Ariadna Gutierrez Arevalo was […]