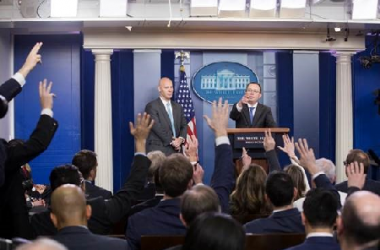 Mick Gets Pick As Acting White House Chief Of Staff

John Michael (Mick) Mulvaney, the 51-year-old director of the Office of Management and Budget, gets called up to serve as acting White House chief of staff. Mr. Mulvaney replaces General John Kelly, who is leaving by the end of the year. Trump, who had been rebuffed by a few prospects to take over the position of the outgoing chief of […]