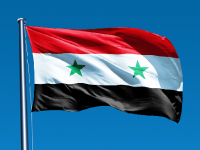 According to press reports, a suspected chemical attack in Douma, the last rebel-held stronghold near Syria’s capital, Damascus, has killed at least 70 people and affected hundreds. Most of those killed according to rescuers are innocent women and children. “Seventy people suffocated to death and hundreds still suffocating,” Raed al-Saleh, head of the White Helmets, reportedly told Al Jazeera. The […]