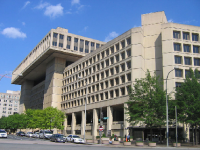 The Republican-led House Committee is out, and the FBI chief Chris Wray is an unhappy camper. Wray, along with the Justice Department leadership, had implored the Republicans not to release the document. However, President Trump on Friday approved the release of the memo prepared at the direction of House Intelligence Committee Chairman David Nunes, R-Calif. The release alleged that the […]