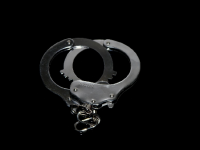 The 56-year-old man who has been involved in a mail bomb spree has been arrested and is now in custody in Florida.  The mail bombing campaign was targeted primarily at democratic leaders and critics of US President Donald Trump. U.S. officials have disclosed the name of the man as Cesar Sayoc. Sayoc now faces five charges that include mailing explosives […]