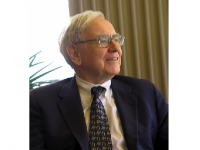 According to press reports, US billionaire Warren Buffet has said that his conglomerate has received a profit boost of $29bn because of President Donald Trump’s tax reforms. Berkshire Hathaway reported a record quarterly and annual profit recently. The Republican law reform, approved in December, cut the corporate tax rate to 21% from 35%. Mr. Buffett, one of the richest men […]