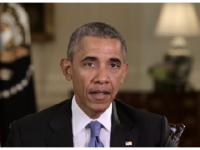 President Obama in his weekly address expressed his sorrow and offered his thoughts and prayers to the people of Belgium and to families of the victims of the terrorist attacks in Brussels, including at least two Americans. He said that he called the Prime Minister of Belgium and pledged his full support in bringing to justice any terrorists involved in […]