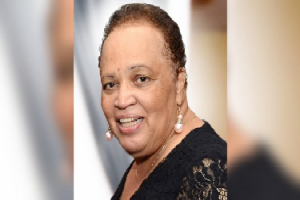 Photo credit: Facebook Veteran broadcaster and theatre legend Barbara Gloudon has died. Gloudon died in hospital on Wednesday night. She was a former Jamaica Observer columnist. Gloudon hosted a radio talk show for 30 years and was chair of the Little Theatre Movement. Having received numerous awards and honors, Gloudon was bestowed with the Order of Jamaica in 1992 and, […]