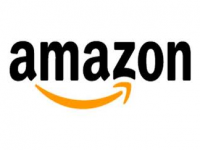 Amazon.com, Inc., the American electronic commerce, and cloud computing company based in Seattle, Washington, is renewing its interest in sports apparel. According to Bloomberg, the e-retail giant is working with known sportswear-makers’ suppliers and manufacturers to challenge companies such as Nike, Lululemon, among others in an increasingly crowded market. The report noted that the project is still in its very early stages […]