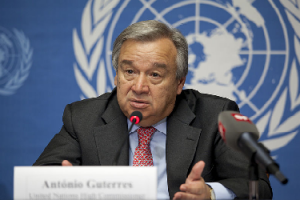 UN Secretary-General Antonio Guterres said, “It is clear that there are two different positions on what is happening in Ukraine.” He said the Russian Federation holds the view that “what is taking place is a special military operation with the objectives that were announced.” Whereas “according to the UN, in line with the resolutions passed by the General Assembly, Russia’s […]