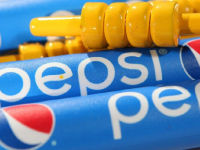 Pepsi has pulled a controversial commercial that has been criticized for trivializing protests and unrest in the United States. Pepsi, after initially defending the ad, later admitted in a statement that “we missed the mark,” and subsequently took the commercial off air. “Pepsi was trying to project a global message of unity, peace, and understanding,” the company said in a […]