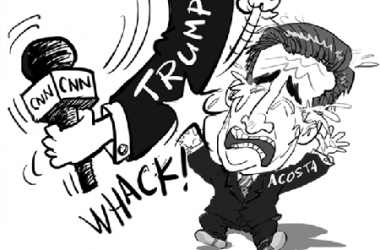 CNN’s Jim Acosta, the reporter who forced the Trump’s administration to return his press pass, is taking a dim view of the announcement by the President in the naming of budget director Mick Mulvaney as his “acting chief of staff.” The news came after days of bad press for the President. Speaking on a CNN’s newscast, Acosta posited the view […]