Tag: According to a press report 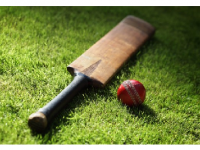 HPC A Goner In Its Present Form

According to a press report, the West Indies Cricket Board (WICB) High Performance Centre is set to undergo drastic changes. This was revealed by WICB CEO Michael Muirhead who reportedly said there will now be a high performance program that can be administered in any of the regional territories. “The HPC from what it was before where we had the […]