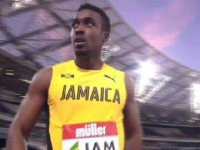 Tyquendo Tracey, the 25-year-old Jamaican athlete, is now numbered among an elite group of athletes from the country to run the 100-meter race under 10.00 seconds. Tracey’s accomplishment came about after making the Muller Anniversary Games in London his own after breaking the 10-second barrier twice at the meet. He ran 9.96 seconds in the heats where he was fourth […]