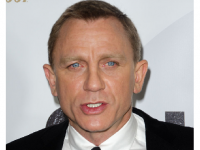 Daniel Craig, the 47-year-old British actor, may call it quits after starring in his fourth 007 James Bond movie — Spectre. Spectre is scheduled to premiere November 6 and Bond fans are no doubt waiting to exhale. Craig told Esquire in an interview that he didn’t know whether he would film another 007 movie after Spectre. “I don’t know,” he […]