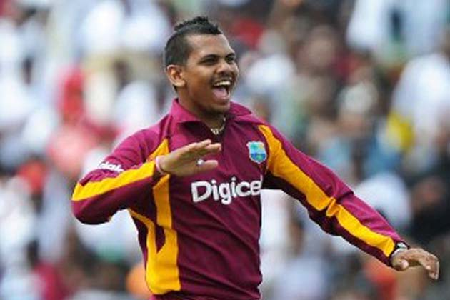 Sunil Philip Narine, the 28-year-old Trinidadian cricketer has received a lot of press recently, but none as welcome as being the ICC One-Day International number one bowler.

The young Trinidad and West Indies right-arm off-spin bowler, who also bat left-handed has baffled, befuddled, and bamboozled batsmen with his unique bowling style, both at the local and international level.

Consequently, he has reaped tons of wickets at various levels as batsmen continue to find it very difficult to read his off-spin bowling due to the variations, guile, and disguise he uses.

Narine started playing cricket for his local team Trinidad and Tobago since 2009 and soon after made his One Day International debut for the West Indies in December 2011 and Test in June 2012.

Additionally, he has plied his trade in the Indian Premier League, representing the Kolkata Knight Riders since 2012.

Today, he has gained the reputation of being dubbed the “mystery spinner” and has several five wickets hauls at both the ODI and Test level to justify the label.

In addition, Narine has been awarded man of the match on several occasions representing not only his home team but also the West Indies.

That said, it has not always been smooth or easy going for the West Indies player as he was suspended from bowling in international cricket after his bowling action was deemed to be illegal.

As a result, he was forced to go back to the drawing board to have his bowling action remodeled.

“We will be offering our support to Sunil as he does the remedial work on his bowling action. I know the time and effort he has put in to do this work previously and I am sure this will just deepen his resolve to come back a better bowler,” Richard Pybus, WICB’s director of cricket, said back then in a release.

Narine has currently resumed his international bowling career with a remodeled action.

And still, he continues to give batsmen headaches as evidenced from his last outing for the West Indies in the recently concluded Tri-nations series.

The top-ranked bowler picked up 11 wickets during the tournament in what was his first ODI series since he was banned from bowling.

His hard work has also paid dividends as he is the only West Indies player to be ranked in the ICC top 10 rankings in the ODI format of the game. Do you want to add feedback to this story? Please add a comment in the box below or email us at info@thereadersbureau.com.