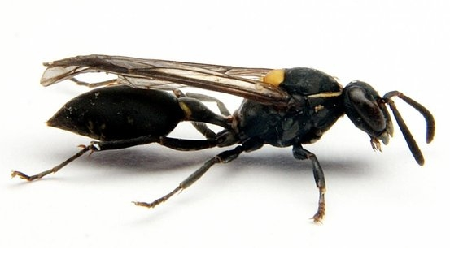 According to press reports, a new study has shown that the venom of the Brazilian wasp Polybiapaulista possesses a powerful “smart” drug that selectively targets and eliminatestumor cells without harming normal cells.

The reports said laboratory tests conducted has shown that the poison from the wasp suppressed the growth of prostate and bladder cancer cells as well as leukemia cells resistant to a range of drugs.

The new research has found that one compound in the venomcalled Polybia-MP1 stood out for its antimicrobial and anti-cancer properties.It pierces gaping holes in the protective membranes surrounding thetumor cells by interacting with fatty molecules called lipids.

“Cancer therapies that attack the lipid composition of the cell membrane would be an entirely new class of anti-cancer drugs,” reportedly said Dr. Paul Beales, a researcher from the University of Leeds and co-author of the study.

“This could be useful in developing new combination therapies, where multiple drugs are used simultaneously to treat a cancer by attacking different parts of the cancer cells at the same time.”

The unique way certain lipids are embedded on the outside of cancer cell membranes makes tumors susceptible to the wasp toxin, the researchers found. In healthy cells, the same structural molecules are located on the inner membrane surface.

When MP1 binds to the lipids, it disrupts the membrane structure and creates large holes through which molecules vital to a cancer cell’s survival leak out.

The findings are published in the Biophysical Journal.

Co-author DrJoãoNeto, from São Paulo State University in Brazil, said, “Formed in only seconds, these large pores are big enough to allow critical molecules such as RNA and proteins to easily escape cells.”

The next stage for this research is to adjust the amino acid sequence of MP1 to see what gives it its selective properties and to try and refine them.

Beales said the laboratory tests suggested that the molecule was harmless to healthy cells and therefore safe, but added, “Further work would be required to prove that.”