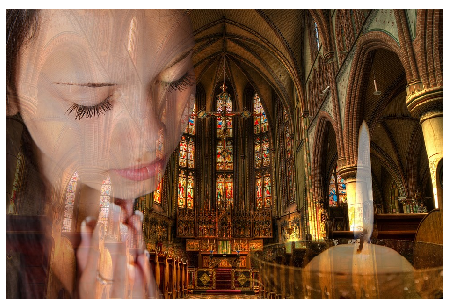 Highly religious Americans are happier and more involved with family but are no more likely to exercise, recycle, or make socially conscious consumer choices.

A new Pew Research Center study of the ways religion influences the daily lives of Americans finds that people who are highly religious are more engaged with their extended families, more likely to volunteer, more involved in their communities and generally happier with the way things are going in their lives. For example, nearly half of highly religious Americans – defined as those who say they pray every day and attend religious services each week – gather with extended family at least once or twice a month.

By comparison, just three-in-ten Americans who are less religious gather as frequently with their extended families.

Roughly two-thirds of highly religious adults (65%) say they have donated money, time, or goods to help the poor in the past week, compared with 41% who are less religious.

And 40% of highly religious U.S. adults describe themselves as “very happy,” compared with 29% of those who are less religious.