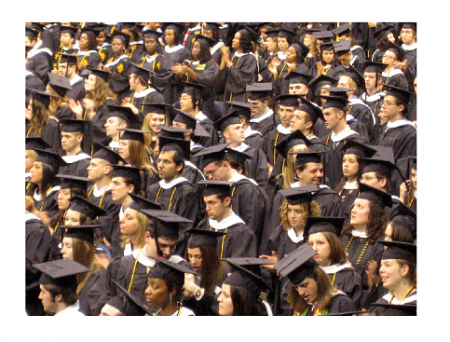 Discussions are now in high gear in Washington on new rates to be imposed on student loans in July. Both parents and students are jittery as they anxiously await the announcement from their protectorate – the politicians.

Today, the daunting cost of education in the United States is proving to be more and more prohibitive for middle income and working class families. Consequently, many young people are now forced to put their goal of attending college and earning a degree on hold.

Early reports indicate that the interest rates on newly issued government-subsidized Stafford loans could easily rise from a level of 3.4 percent to 6.8 percent.

Over 20 million Americans attend college each year and an estimated 60 percent of college students borrow annually to help cover the cost of their education, according to the Chronicle of Higher Education.

This whole scenario is painful against the backdrop of a shrinking job market and high level of unemployment. The economic situation is compounded even further by the overall outstanding student loan debt, which is estimated at $1 trillion by the Consumer Finance Protection Bureau.

The quest to arrest this problem before it snowballs and creates a social havoc is the focus of a bipartisan group of senators who are seeking to introduce a new piece of legislation to fix the interest rate. “We’re tired of this being a political football,” said senator Richard Burr, at a news conference with the co-sponsors of the bill.

However, on a broader level, the jostling continues between the Republicans and Democrats, which leads one to wonder whether anything will be done within the best interest of parents and students.

The Republican leaders in the House have pressed the Democrats for the approval of a proposal put forward by them. The proposal would set interest rates to the 10-year Treasury note but also tack on a higher 2.5 percent  “add on” to those rates.

“There is no deal on student loans that can pass the Senate because Republicans continue to insist that we reduce the deficit on the backs of students and middle-class families, instead of closing tax loopholes for the wealthiest Americans and big corporations,” said Adam Jentleson, spokesman for Senate Majority Leader Harry Reid.

At the same time, alternative proposals are being discussed by a small group of sponsors from the government side, but in Washington, nothing gets done easily. With the Senate also due to go on recess shortly, the only likely outcome will be a retroactive enactment after the return of the Senators from their break. ∅