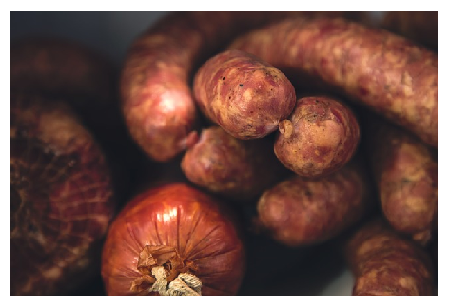 “And God said, Behold, I have given you every herb bearing seed, which is upon the face of all the earth, and every tree, in the which is the fruit of a tree yielding seed; to you it shall be for meat.” The World Health Organization (WHO) has sounded the alarm that eating processed meat such as sausages and ham causes cancer, while unprocessed red meat may also be carcinogenic.

This latest news release will no doubt have non-meat eaters saying, “I told y’all so.”

Granted, one will not find people in general closing their mouth to processed meat such as hot dog, bacon, and ham.

The WHO’s cancer research unit has shown that processed meat is “carcinogenic to humans” and have linked it specifically to colon or colorectal cancer.

The report outlined that simply eating 50 grams of processed meat each day — the equivalent of two slices of ham — can increase the risk of such cancer by 18%. However, the authors say the risks are relatively small to begin with.

The organization defines processed meat as any type of meat that is salted, cured, or smoked to enhance its flavor or preserve it.

The organization now classifies processed meat in the same category as smoking and asbestos, based on its certainty of a link with cancer, but stressed that did not mean they were equally dangerous.

Unprocessed red meat such as steak and lamb shanks is classified as “probably carcinogenic.”

The WHO has declared that the announcement is important given the fact that processed meat is widely consumed by the public; however, it also noted that red meat still has “nutritional value.”

“These results are important in enabling governments and international regulatory agencies to conduct risk assessments in order to balance the risks and benefits of eating red meat and processed meat and to provide the best possible dietary recommendations,” said Christopher Wild, head of the WHO’s cancer agency, in a statement.

According to estimates cited by the WHO, about 34,000 cancer deaths per year worldwide can be attributed to diets that are high in processed meat. That’s a small fraction of the 8.2 million deaths caused by cancer in 2012, according to the latest WHO data.