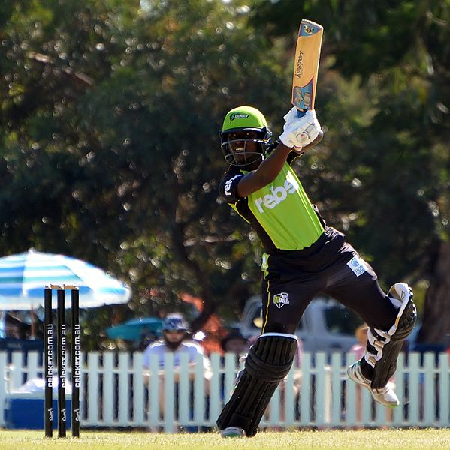 When Stephanie Taylor started playing cricket for the West Indies in 2008 as a 17-year-old, she probably did not envision the impact that she would have had on the female game in the region.

Ten years into her career, she has achieved what no other female West Indian cricketer has in the history of the game and has played a significant role in changing the perception of female cricket in the Caribbean. We will examine how this talismanic cricketer has changed the game in the region, and why she should be regarded as the first great West Indian female cricketer.

One of the main ways that Taylor has impacted the female game in the region is by generating more interest among cricket fans. Due to her star-power, a lot more people are interested in watching the female game to see how she performs and how she leads the team, this has resulted in a surge in the popularity of the female game over the last decade.

A seminal moment for West Indies female cricket was when she led the team to victory in the T20 World Cup in 2016; this triumph further catapulted the female game into the limelight, and more people are non-watching and expecting great things from the team. The victory has also shown young aspiring female cricketers in the region that playing cricket is a viable career option which will undoubtedly result in more females playing the game of cricket.

Consistent performance from Taylor with bat and ball has contributed to the West Indian female team performing consistently and is now a force to be reckoned with on the international stage.

This has translated into more interest from sponsors, which resulted in Cricket West Indies issuing contracts to six female cricketers for the first time in 2010 including Taylor.

This was another watershed moment for the female game since it sent the message that female cricket is now taken seriously which is a great step in the further development of the female game in the region. This view is shared by Taylor, she remarked immediately after receiving the central contract that she is very excited about the development and said that this would help to inspire more young women to play the game in the region.

In addition to her star power, Stephanie Taylor’s personality is of such that she influences people seamlessly. Her calm and assuring demeanor gives confidence to young female cricketers to do their best and strives for excellence in every situation. She is never flustered regardless of the match situation and inspires her team and female cricketers in general to be their best.

Her sterling individual success as a female cricketer has resulted in many young West Indian females believing that they can do well in cricket – she has scored over 4000 ODI runs and taken 127 wickets in just 108 games and over 2400 runs and 68 wickets in 80 T20 International matches. Her impact is very significant since she serves as that role model of achievement in women’s cricket, sending the message that success is possible.

Finally, every sport needs a superstar who can generate interest and grow their sport in such a way that it remains relevant to fans and the next generation of potential superstars, in Caribbean female cricket, Stephanie Taylor is that person. The future of female cricket in the Caribbean is looking much brighter because of her influence and success.