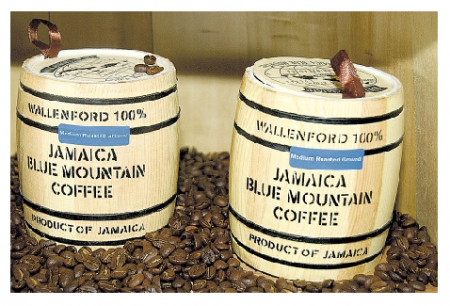 Starbucks Reserve Wallenford JBM coffee will sell for 6,330 yen or about J$6,500 per 250 grammes (nine ounces) in Japan. The development comes within the context of the proliferation of 100 yen single-serve coffee packets in that market.

Jamaican Blue Mountain coffee is known for its premium quality throughout the world and has always been popular in the Japanese market.

Mark McIntosh, Vice Chairman of the local company reportedly said, “It is important to note that Japan is the boss of the entire JBM world. They are the most important coffee market for luxury coffees.”

He also added further according to the report that the deal means that when Starbucks sells its reserve JBM coffee in Japan it will come from Wallenford’s single estate.

However, McIntosh was not prepared to disclose contractual details to the press.

The company expects that Starbucks will also roll out its products in other markets such as South Korea and China.

“…We were able to move Starbucks after only a few months of controlling the company, first by blowing them away with the quality of our coffee and then once they visited, they were genuinely impressed with our Wallenford farm, our farmer support programmes, our agronomists, and the company’s processing facilities,” stated McIntosh

Wallenford, established in 1760, was sold by the Government to the Lee-Chin-led AIC International Investments in 2013 for US$16 million, with plans to pump in US$23.5 million over four years.

Export earnings from Jamaican coffee fell from highs of US$30 million just prior to the 2008 Western recession to a low of US$13 million in 2012. The industry was affected by storms, farm abandonment, disease and drought. Each event reduced the potential crop size.