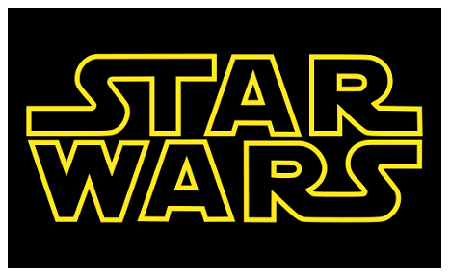 And Rolls In Over A Billion Dollars

The recently released movie Star Wars: The Force Awakens is not only breaking record in terms of office attendance but also in raking in the dollars in quick time.

According to press reports, the Walt Disney Company, producer of the film, has said that its box office has crossed the billion dollar mark in 12 days, thus shattering the all-time record set by Universal’s Jurassic World which garnered $1 billion at the box office in 13 days.

It must be pointed out, however, that Jurassic World for its record included gross sales from China. The Force Awakens is yet to open in China, the world’s second-largest movie market.

The movie will be opened in China on January 9.

Some of the other movies that have attained the $1 billion feat albeit at a longer time include:

Star Wars in its mind boggling showing also posted the biggest Christmas Day box office in history with $49.3 million and the best second-weekend earnings with $153.5 million.

The Force Awakens has been setting records since its debut on December 17.

It brought in a galactic $238 million in North America over its opening weekend, besting previous record-setter Jurassic World, and set international opening-weekend records in Australia, New Zealand, and throughout Europe. It scored the biggest worldwide debut with $529 million. It also topped $100 million in IMAX screenings in 10 days, another global record.