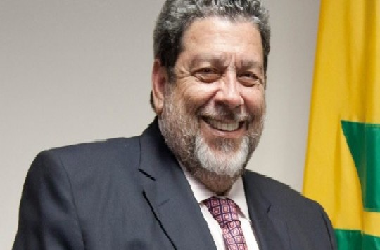 The Prime Minister of St. Vincent and the Grenadines, Dr. Ralph Gonsalves, has written to Russian leader Vladimir Putin urging him to withdraw his troops from Ukraine.

The Prime Minister noted that both countries had had a long-standing relationship and his government understood the concerns expressed by the Russian President.

However, he said that the Russian government’s stance on the matter at hand, “taken at its highest in your favor, cannot reasonably justify the special military operation upon which Russia has embarked.”

“Self-evidently, the metaphoric horse and chariot have been driven through the chatter of the United Nations,” Gonsalves said, noting that historically, the Russian Federation has been “a staunch defender” of the Charter of the United Nations, inclusive of “the sacred principles of multilateralism, the peaceful settlement of disputes, sovereignty and independence, non-intervention and non-interference in another country’s internal affairs.”

“As a fellow defender of these principles, as a witness to the insidious effects of interventions and external aggressions across the developing world and as a small island state whose independent existence depends on faithful global adherence to the letter and spirit of the United Nations Charter, St Vincent and Grenadines is urging your government to reflect with solemnity and reasonableness on these principles and others and see the special military operation,” Dr. Gonsalves posited in his letter