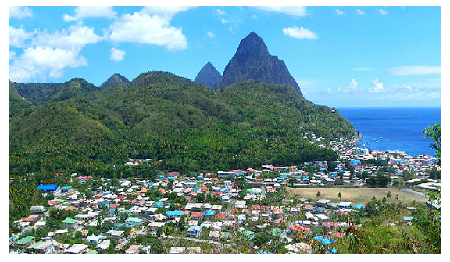 According to a onecaribbean.org press report, Saint Lucia will see another 700 hotel rooms added to its accommodations in 2016.

This will also be supported by a new marketing thrust that will involve a push for more investment in the tourism sector.

The Rex resorts has re-opened the 110 room Papillon Hotel after completing extensive renovations as an all-inclusive four-star property in February 2016 with Air Canada Vacations as the exclusive tour operator out of Canada. The Papillon Hotel is located adjacent to the St. Lucian and Royal by rex resorts hotels on Reduit Beach near Rodney Bay.

The Harbor Club, a four-star accommodation, which features 115 rooms, along with a number of amenities that include two restaurants, lounges, a full-service spa, gym, pool recreational concept and 4,000 square feet of meeting and conference space is also set to come on stream this year.

Adjacent to the Harbor Club is the recently completed Dive Saint Lucia, one of the premier scuba diving centers in the Eastern Caribbean featuring state of the art facilities at the complex just south of the Rodney Bay Marina.

“Tourism growth is a priority, and Invest Saint Lucia and the newly opened Saint Lucia’s Citizenship by Investment Office will continue to seek new investment and development for the island.”

Lewis reported that the U.S., the island’s leading market with more than 44 percent of arrivals in 2015, realized a seven percent growth in visitors compared to 2014.

Saint Lucia saw six record-breaking months in 2015 – January, February, March, April, June and October – for a total of nearly 345,000 visitors for the year and an overall increase in stay-over arrivals of two percent, following a six percent rise in arrivals in 2014.

“Partnership is key to the continued success of Saint Lucia’s marketing efforts,” said Lewis. “We work closely with our hotel and product partners, travel agent partners, tour operators and airlines, to harness ideas and resources for the benefit of the overall destination.” He added that the Saint Lucia Tourist Board will unveil a new marketing campaign in the second half of 2016 with plans to refresh the brand with new collateral and photography.

Six of the island’s resorts were also distinguished as “Top 40 Resorts in the Caribbean” by Condé Nast Traveler readers.

The growing reputation of the diverse hotels and the island of Saint Lucia as a sought-after destination was further strengthened by the more than 50 awards and accolades received by resorts across the island, including recognition from Travel & Leisure’s World’s Best List and Condé Nast Traveler’s Gold List to the coveted “Caribbean’s Leading Honeymoon Destination” by World Travel Awards.