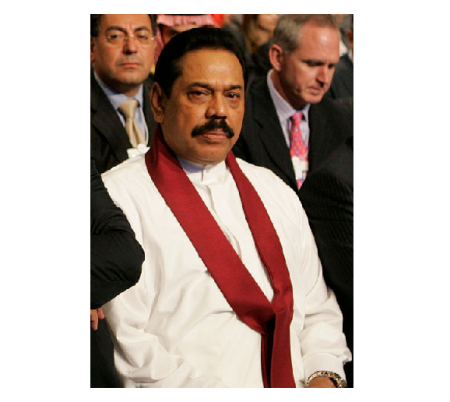 The call by Britain’s Prime Minister, David Cameron, for an inquiry into alleged human rights abuses after a thirty-year civil war that ended in a military victory in 2009 has met with stout opposition by the Sri Lankan government.

Supporters of the government also view the call as meddling in the country’s affairs and accused Britain of being hypocritical and having no moral rights to point fingers at Sri Lanka.

Mr. Rajapaksa accused his critics also of ignoring the death of many people during the period of the civil war.

“Every day for the last 30 years people were dying…so we have stopped it,” he said.

“We will take our time and we will investigate into the 30 years of war,” he added.

President Rajapaksa noted that the end of the war has brought peace, stability, and the chance of greater prosperity to Sri Lanka.

Notwithstanding, Mr Cameron called for Sri Lanka to ensure that “credible, transparent, and independent investigations into alleged war crimes” and said if this did not materialize by March he would press the UN Human Rights Council to hold an international inquiry.

In April 2011, the UN reported that both sides in the civil war committed atrocities against civilians and called then for an international investigation into possible war crimes.

Another report in 2012 from the same organization revealed that 70,000 civilians were “unaccounted” for at the end of the war.

Overall, it is believed that between 60,000 to 100,000 people may have been killed during the civil rights conflict.

In addition, over 294,000 people were left displaced by the end of the civil war.

The discriminatory treatment of the Tamils since the end of the conflict continues to be one of the highlights of the Commonwealth Heads of Government Meeting taking place in Colombo.

Moreover, the prime ministers of Canada, India, and Mauritius failed to attend the summit in protest over the allegations of Sri Lanka’s human rights abuses.