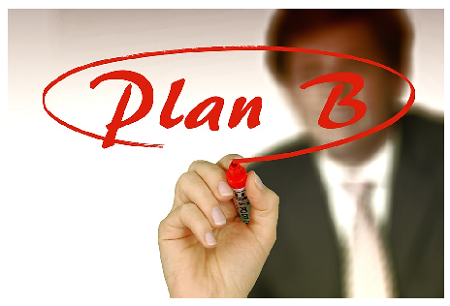 The National Retail Federation in a recent press release welcomed final passage by Congress of a wide-ranging spending and tax-relief package.

The Federation cited provisions that would delay onerous portions of Obamacare, make it easier for businesses to share cyber threats, and renew tax law that helps retailers create jobs while laying the groundwork for comprehensive tax reform. “Congress has finally taken away the threat of a government shutdown that has threatened our nation’s economy the past few months, and given both consumers and businesses some certainty on what to expect in the future,” NRF Senior Vice President for Government Relations David French said.

“In addition to funding the government, this legislation is the first step toward fundamental tax reform that our economy so urgently needs.”

“Congress has finally taken away the threat of a government shutdown that has threatened our nation’s economy the past few months, and given both consumers and businesses some certainty on what to expect in the future,”

He noted that “retailers are pleased to be getting relief from provisions of the Affordable Care Act that would have driven up the cost of health insurance and made it harder for families to get good coverage,” French continued.

“Employers should not be penalized for providing generous benefits to their employees, and this delay is a step toward righting that wrong,” he added.

French also wrote in a letter to congressional leaders, “Making permanent many important tax provisions gives our companies the certainty they need to plan investments, and we believe this will greatly increase investments by our industry.”

The package would make permanent a provision that allows retailers to depreciate remodeling and other improvements to their stores over 15 years rather than the previous standard of 39 years. The provision, which also applies to restaurants, is important because retailers typically remodel every five to seven years. In addition to helping keep stores attractive to customers and profitable, the remodeling work creates tens of thousands of construction jobs each year.

A separate provision that allows 50 percent of the cost of improvements to be written off under “bonus deprecation” would be extended for five years, and would be expanded to cover stores and restaurants that are owned rather than just those that are leased.

Section 179 expensing, which determines the amount of an investment a small business is allowed to write off entirely in the first year rather than being depreciated over multiple years, would be made permanent and its level would be increased.

The Work Opportunity Tax Credit, which gives retailers a tax incentive to hire the disabled, welfare recipients and other economically challenged individuals, would be renewed for five years.

By sorting out which provisions should be made permanent, which should be extended for a short time and which should be phased out, French said the tax relief measure “will be a stepping stone to more fundamental tax reform that provides U.S. businesses with a more competitive tax rate, increases investment in the United States, increases wages in the United States, and helps the consumer.”

Between the two bills, the Affordable Care Act’s so-called Cadillac Tax on high-value health insurance plans and a tax on medical devices would be delayed for two years, along with a one-year delay in a health insurance tax.

Also included is language protecting businesses from liability when they share information about cyber threats with the government.

“Sharing information on cyber threats will create an atmosphere of community vigilance that will ensure that consumer’s sensitive data is kept safe,” French said.