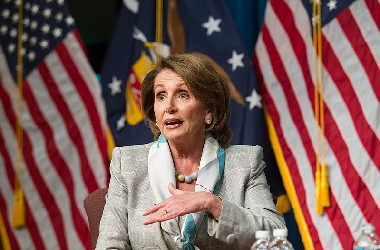 Speaker Nancy Pelosi (D-Calif.) is not prepared to give up on Joe Manchin’s support for the Biden Administration agenda.

In a recent report, she said she is not prepared to “give up on Joe Manchin” after the Democratic West Virginia senator announced last week that he will vote against a sweeping bill to overhaul elections, putting the future of the legislation in question in the evenly split Senate.

“I don’t give up on Joe Manchin. When he was governor and secretary of state in West Virginia, he initiated many of the initial ideas that are in … the For the People Act,” Pelosi told host Dana Bash on CNN’s “State of the Union.”

Manchin in an op-ed last week announced that he would vote against the For the People Act, likely torpedoing the legislation in the evenly split Senate.

Pelosi, however, said she thinks Manchin “left the door open” and expressed optimism about the Senate’s chances of ultimately passing the legislation.

“I do know that he has certain concerns about the legislation that we may be able to come to terms on,” she added.

Pelosi also revealed that she has spoken to Manchin about the bill.