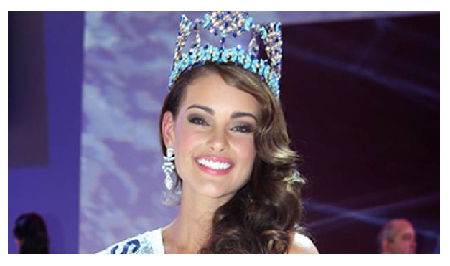 Spanish model Mireia Lalaguna was crowned Miss World 2015 after beating out 113 contestants from across the globe last night at a coastal resort city in south China’s Hainan Province.

Lalaguna, a pharmacy student from Barcelona, claimed the illustrious crown after winning over the contest’s judges during the 65th edition of the world famous pageant in Sanya.

“I want to show them and the world that I am deserving of the Miss World title and I hope to do everyone proud.”

However, the ceremony was not without controversy. Officials in Hong Kong last month stopped Miss Canada, Anastasia Lin, from boarding a plane bound for Sanya, telling her she would not receive a visa.

The 25-year-old actress claimed the decision was due to her stance on China’s human rights record, including its persecution of Falun Gong, a Chinese spiritual group of which she is a practitioner.