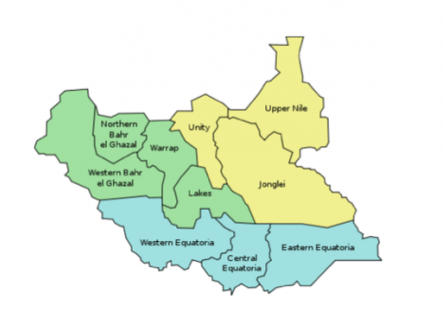 Sudan, once the largest country in Africa and the Arab World, changed in July 2011, after the Southern Sudan region separated into an independent country (South Sudan) following a referendum.

Historically, the country has been plagued with foreign invasion, political instability, coup d’etat and civil war.

Today, in what may be described as a grab for power, South Sudan is now in a political turmoil and is cited by US President Barack Obama as being on the precipice of a civil war, after clashes in the capital Juba spread around the country.

At least 500 people are reported to have died since last weekend, when President Salva Kiir accused ex-deputy Riek Machar of a failed coup.

Kiir and Machar are from different tribes – Dinka and Nuer respectively. Both men are involved in a political power struggle that is threatening to plunge the country into another period of its darkest moment when more than a million people  were left dead after a 22-year civil war.

President Kiir has blamed the violence on soldiers who are loyal to Mr. Machar, the former vice- president who was sacked in July for his open defiance and criticism of Kiir’s governance.

Heavy fighting between soldiers allied to both men has forced a number of countries, including the United States, China, and Britain to begin evacuation of their nationals.