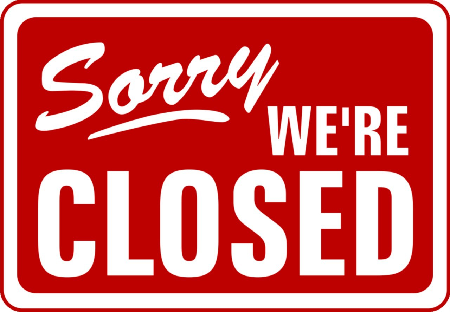 Over the past year, more and more established brand name stores are greeting customers with the goodbye wave sign — sorry we’re closed!

One of the latest stores to announce its pulling down of shutters in various locations is Abercrombie.

This comes against a dismal fourth quarter performance report in which store sales fell by 13%.

The new closures will see Abercrombie’s total number of stores falling to about 674, which is a 20% drop since 2013.

Another store that is making its exit from various locations is JCPenney. The store recently announced that it would close up to 140 stores in the next couple of months.

“We believe closing stores will also allow us to adjust our business to effectively compete against the growing threat of online retailers,” CEO Marvin Ellison said in a release.

Macy’s also recently announced that it is shutting down 68 stores as it battles slowing sales and growing online competition.

Additionally, Sears in a second wave of store closures announced that it will shut down 108 Kmart stores and 42 Sears stores.

Other mall-based stores that have recently made exit announcement include American Apparel, The Limited, Bebe, BCBG, and Payless.