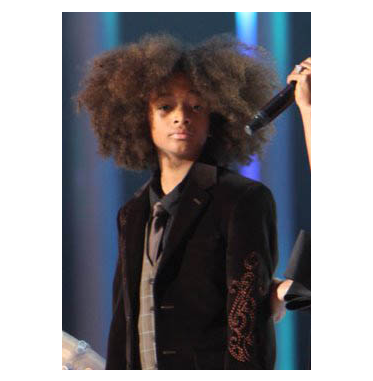 Jaden Smith, the 17-year-old son of celebrity actor Will Smith, is the new face of Louis Vuitton’s…womenswear and it has gotten netizens not only talking but has gone viral on social media.

The young American rapper and actor Smith has already made a name for himself in acting in films such as The Pursuit of Happyness, The Day the Earth Stood Still, and The Karate Kid, among others.

In addition, in the music business, he has collaborated with Canadian singer Justin Bieber in the song Never Say Never and moreover has had his own mixtape, dubbed The Cool Café.

Smith also started his own clothing/lifestyle brand called MSFTSrep that produces a line of clothing that includes hoodies, T-shirts, trousers, and vests.

In May 2013, Smith collaborated with a Korean designer, Choi Bum Suk, to create a pop-up store in which customers can buy clothes with their collaborated logos.

However, today, it’s the Louis Vuitton’s 2016 spring collection starring Jaden Smith that has captured the headlines.

The film captions the images: “In Tampa, a timeless town on the west coast of Florida, a group of girls takes to the street with the haughty insouciance of an idealistic age when the world holds nothing but the promise of conquest. Among them is Jaden Smith, the young hero of a new generation that worships stylistic freedom.”

It features Smith posing in draped skirt, leather jacket, and an under vest.

“Why does Jaden Smith star in this campaign? He represents a generation that has assimilated the codes of true freedom, one that is free of manifestos and questions about gender. Wearing a skirt comes as naturally to him as it would to a woman who, long ago, granted herself permission to wear a man’s trench or a tuxedo. Jaden Smith conveys something very interesting about the integration of a global wardrobe. He’s found an instinctive balance that makes his extraordinary attitude a new norm. That really inspired me in the creative process for this collection,” said designer Nicolas Ghesquiere in a press report.

Willow Smith, Jaden’s 15-year-old sister, has turned to Instagram in support of her brother where she wrote, “Males and females are put into boxes of expectation when we are born. As we grow we start to raise the damages that those expectations cause to our spiritual and emotional understanding of ourselves and life…”

She also added, “The more we start to realize that we are all the same and infinitely different at the same time, the more we begin to shed those expectations and live free to continue to uplift the essence of earth.”

Now, talking about young, new, and different — Jaden ditched his pants and opted to wear a dress for his high school prom last year.

At the time, he wore a calf-length white skirt with a long black top over skinny black leggings and finished the look with black jacket, black sneakers, and white and gold fingerless gloves.