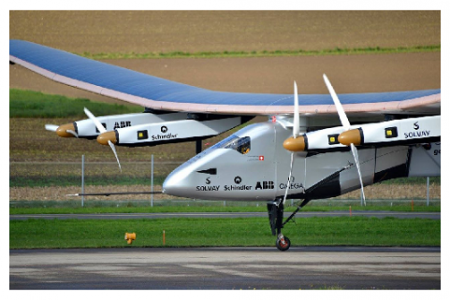 In a record-breaking flight, a plane powered by sunlight energy landed in Hawaii after a five-day journey across the Pacific Ocean from Japan.

The fuelless plane, Solar Impulse 2 was powered by wings equipped with 17,000 solar cells. The plane ran on stored energy at night.

The plane’s ideal flight speed is about 28 mph. However, the speed can double during the day when sun’s rays are strongest.

The carbon-fiber aircraft weighs over 5,000 pounds or about as much as a minivan or mid-sized truck.

The flight was described by Borschberg as an extraordinary experience and a historical first for aviation.

“Nobody now can say that renewable energies cannot do the impossible,” he reportedly said.

The most challenging part of the journey was when he and fellow Swiss co-pilot Bertrand Piccard had to decide when exactly to leave Japan.