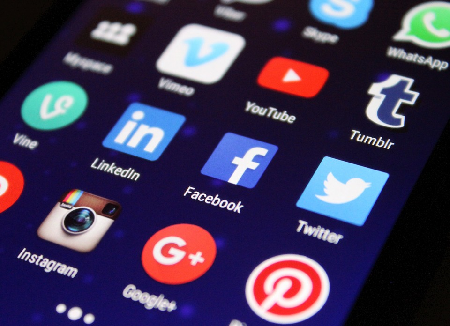 The old adage, “you’ve got to be in it to win it” is one that is not lost on the savvy entrepreneur who wants to compete effectively in today’s marketplace.

The fact is more and more businesses are turning to social media to get the biggest bang for their bucks.

The sheer number of people using social media on a daily basis today is mind-boggling — for example, Facebook reached 1.86 billion monthly active users in the third quarter of 2016. This was followed by YouTube, which has 1 billion users.

This, therefore, means that one cannot ignore the importance of social media as a tool of influence; neither should it be taken lightly.

Social media have certainly provided another channel and added another dimension to the field of marketing that will no doubt separate the marketing experts from the neophytes.

The truth is anywhere people congregate there is a point of interest, and it creates an opportunity for the insightful marketer.

So, this is where the action is today if one wants to join the marketing conversation in terms of market offering and placement:

Moreover, one cannot afford to ignore the wide range of apps which have added to the new phenomenon of social networking.

In the baby boomer era, the talk was about having that Kodak photo moment, now it’s your live time moment on platforms such as YouTube and Facebook.

The advance in technology has made it possible to easily capture real, unfiltered moments in real-time via live streaming video. Today, more and more people are turning to social videos as it facilitates more engagement than other content formats.

Now, have you talked to Apple’s Siri or Amazon’s Alexa recently? Well, that’s the new world of artificial intelligence and is a trend that is predicted to grow phenomenally.

The stage is already set for more interaction by people with faceless machine that will be at their beck and call. This will no doubt have a big impact on how businesses communicate with customers in the future.