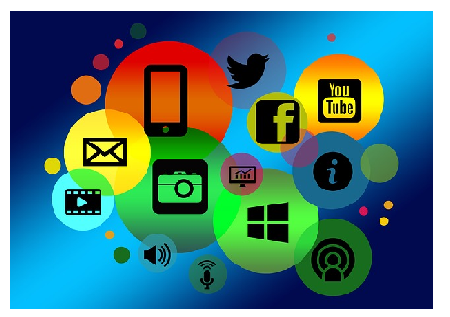 Life in a world which was once described by Thomas Hobbes as poor, nasty, brutish, and short seemed to have long past and given way to what one can now call the period of great enlightenment and the good life.

Nowhere else is this made more obvious and clear than in the transformation of the media.

Today, the media industry is no longer the same and everyone now seems to be a self-proclaimed journalist. Thanks to the Internet, now, one is not only able to access information easily, but also create, respond, or react to information at the drop of a hat.

The fact is whether one is a mainstream journalist or not, the tools and platform provided by the Internet have revolutionized the state of media than ever before.

Truth be told, today, people are less likely to read the print newspaper, listen to the radio or tune in to the evening news broadcast to get their daily fix of news coverage. They are all turning to social media in droves to not only keep abreast with current events and news, but also to congregate, interact, and share information in real time with each other.

Now, no journalist who wants to remain relevant can afford to ignore this new phenomenon — social media.

Journalists and media entities must evolve to capitalize on the opportunities that social media platforms present, today.

Now, here are some social media platforms that one cannot afford to ignore:

This online social networking service allows one to connect with friends, family, and other acquaintances. It facilitates the sharing of photos and videos, as well as creates a platform for one to send messages and get updates. Facebook has 1.23 billion monthly active users, 945 million mobile users, and 757 million daily users.

Twitter has become one of the most popular online social networking service enabling users to send and read short 140-character messages called “tweets”.

The company has over 241 million monthly active users and is reputed to have a mind boggling 300 billion tweets have been sent since inception.

Google is a multinational technology company specializing in Internet-related services and products. These include online advertising technologies, search, cloud computing, and software. It’s also a social media platform where followers can hang out and share information.

It was once viewed as an app for the younger generation; however, not so anymore as more and more people are turning to it as a social outlet. Instagram boasts over 300 million active users, but it also has the ability to tap into other social media with a simple photo-linking ability.

Users are able follow other users’ blogs as well as make their blogs private. Much of the website’s features are accessed from the “dashboard” interface, where the option to post content and posts of followed blogs appear.

Finally, there are also other social media outlets that people are turning to as an outlet to express their views and interact with others.