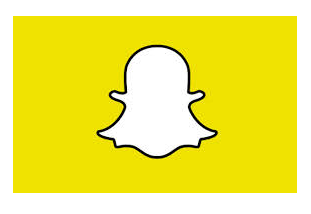 According to press reports, Snapchat is raising $650 million at a $16 billion valuation.

The new funding comes less than three months after it raised $200 million at a $15 billion valuation in March. The mobile communication app founded in 2011 has raised $848 million in total venture capital money so far.

Business Insider’s writer, Eugene Kim noted, “One of the biggest reasons why investors are throwing money at Snapchat is its massive popularity with millennials, the age group between 18 to 24 years old.”

He further noted that millennials account for roughly 45% of the Snapchat users, whereas Facebook consist of 16%. Snapchat numbers increased significantly to 71% when the age group extends to include 18 to 34 year olds.

However, as with other social media outlets, the question of monetization is one that poses concerns for some investors.

The fact is Facebook, Twitter, as well as other outlets have developed different strategies in wooing and capturing the attention of advertisers. Snapchat has already started running ads to make good use of its huge data base. Its latest move is a roll out of a new ad format that seeks to capitalize on its video content.

Snapchat CEO Evan Spiegel reportedly said that Snapchat has nearly 100 million daily active users, 65% of which are creating their own content every day.

That said, according to an SEC filing, Snapchat has already raised $537 million of the $650 million it plans to raise.

This new thrust by Snapchat to raise money is different from what obtained previously as investors are taking common stock instead of preferred stock.

This indicates not only a vote of confidence and belief in Snapchat’s ability to deliver the goods, but also the risks investors are prepared to take to obtain return on their investment.

Investors in the latest round include Alibaba and two hedge funds, Glade Brook Capital Partners and York Capital Management, the WSJ reports.