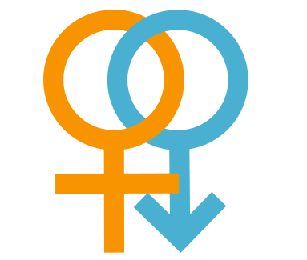 “The Pros and Cons”

The age old debate on whether women openly or secretly long for or fantasize about large male sexual organs continues to be discussed.  Surveys have been done in recent times and it appears that the preference is for the man who is well endowed.

The visible or external male sex organ is comprised of the testes (also called testicles) and the penis. Sperm is made in the testes and both testes are protected in a sac of skin called the scrotum. The penis in an erect state is the delivery system to deposit the semen into the vagina. Sperms are in the liquid called the semen and if there is a mature ovum (egg), it may be fertilized by a sperm thus starting the process of reproduction. Procreation (creating life) does not require specs for the penis. The critical requirements are an erect penis that ejaculates in the vagina at a time when there is a mature egg. Failures to get a woman pregnant can be as a result of:

The world’s population is estimated to be 7 billion. Mankind is not having a biological problem with procreation and replacement of the specie. Another observation is that the two most populous countries do not typically have men who are well endowed.

Any of the four phases of the sexual response cycle can very pleasurable. Skilled lovers learn to master all the phases. The four phases are:

Too large can be an issue

There are some couples who have to seek medical advice and even sex therapy when the well-endowed partner is unable to succeed with coitus (penetration). Intercourse can be very painful and unpleasant. Men with this issue need an extra dose of patience and some lubricant.

Be skilled with what you have

The average penis is 3 inches un-erected and about 6 inches when fully erected. Size will always matter to some men and women. It is the skilled lover who will keep “things” excited in the bedroom regardless of how he measures up. Let us turn romance up a notch or two and the world will be indeed a happier.